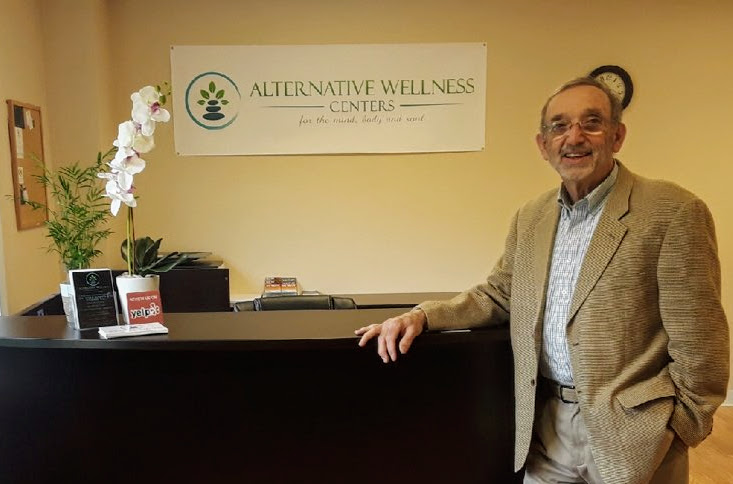 Why Go Medical? One Doctor’s Perspective

Dr. Mario Addabbo leads our healthcare provider team as the Medical Director at Alternative Wellness Centers. He is an anesthesiologist specializing in pain management, both during surgical procedures and treating chronic pain. Several years ago, he began to learn about medical marijuana as an alternative for his patients. Dr. Addabbo’s story is unique, and we are proud to have him as an integral part of our team!

Dr. Addabbo was born in Noci, Italy and immigrated to the United States in 1957 at the age of 12. His family settled in Manchester, Connecticut, and much of his family remains there to this day. From a young age, he showed an interest in health, science, and staying active. As a child he played soccer, and he still plays weekly today at the age of 76.

When he became an adult, Dr. Addabbo join the U.S. Army during the time of the Vietnam War. During his time in Vietnam, he began his journey into medicine through training offered by the military. After his time in the Army, he went into medical research and computer science. He proceeded to work for several years as a medical statistician in the research department at Yale University.

For Dr. Addabbo, his impressive work in his field was more than just a career—it was a way to deal with the aftermath of his time in Vietnam.

“People understandably throw themselves into all kinds of things in order to cope with PTSD, to find some way to escape and distract themselves,” he said. “For me, it was science, and math.”

Things began to change for Dr. Addabbo when he decided to pursue a medical degree at the age of 48. He attended St. George’s University to study anesthesiology, which he has now been practicing for over 20 years.

“I often joked that I was the only medical student with an AARP card,” he quipped.

His journey into the medical field ultimately led him to discover the world of medical marijuana.

“Around 2010, I began to read about medical marijuana studies that were being conducted in Israel and the U.K,” said Dr. Addabbo. “In these studies, marijuana was being used as an alternative treatment for cancer as well as a way to relieve the nausea brought on by chemotherapy.”

Along with the effectiveness of CBD oil as a treatment for seizure disorders, this is what motivated Dr. Addabbo to consider medical marijuana as an effective alternative treatment for the conditions he encounters in his practice. Many traditional pharmaceuticals have significant side effects, and this was one of the main motivating factors for Dr. Addabbo to pursue other options.

“Antidepressants can make you dull. Opiates don’t offer any actual pain relief. With most of these medications you need to keep increasing your dose over time for it to continue to be effective,” said Dr. Addabbo. “Of course, there is always the risk of overdose and addiction.”

One of the things Dr. Addabbo prefers about medical marijuana is that it is a safer long-term option. Rather than competing with your body’s natural compounds, it interacts with your endocannabinoid system to restore balance and maintain homeostasis without risk of overdose or unnecessary harm to the body.

In addition, being a war veteran has affected his view on medical marijuana in that he sees the potential for treating PTSD.

“I see a lot of promise in CBD for PTSD. Along with EMDR therapy and talking with other vets, it has helped me so much personally,” said Dr. Addabbo. “I hope that it can go from being a last resort to a first choice for treatment for those who prescribe medication.”

Dr. Addabbo advises that any medical practitioners considering recommending medical marijuana to their patients, educate themselves by reading the studies that are available. This will allow them to come to a decision for themselves as to how and if they would like to recommend medical marijuana. He also strongly advises working with patients to find out how effective medical marijuana is for them to provide the most effective, least harmful treatment.